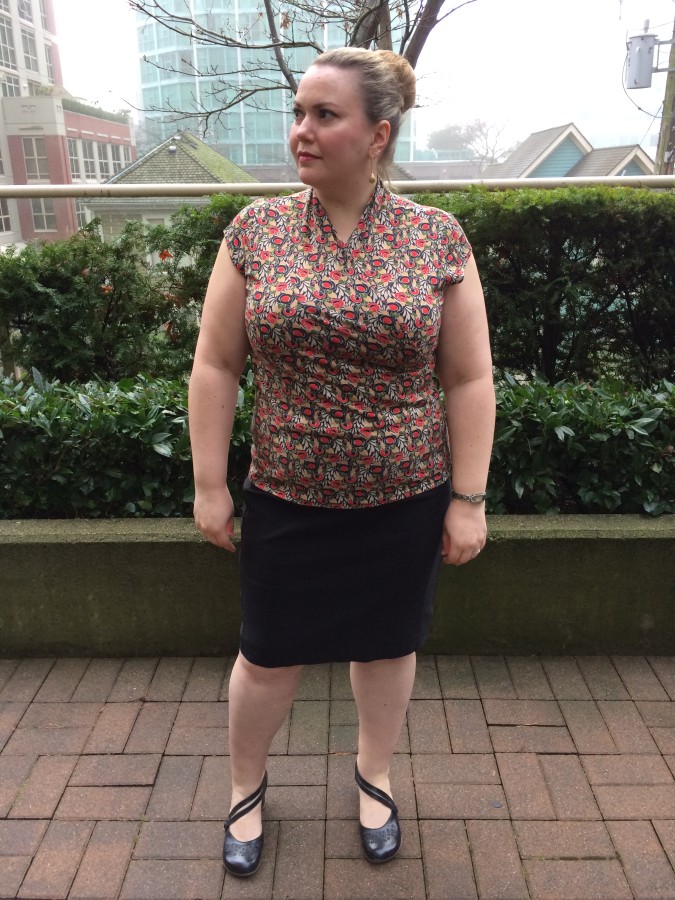 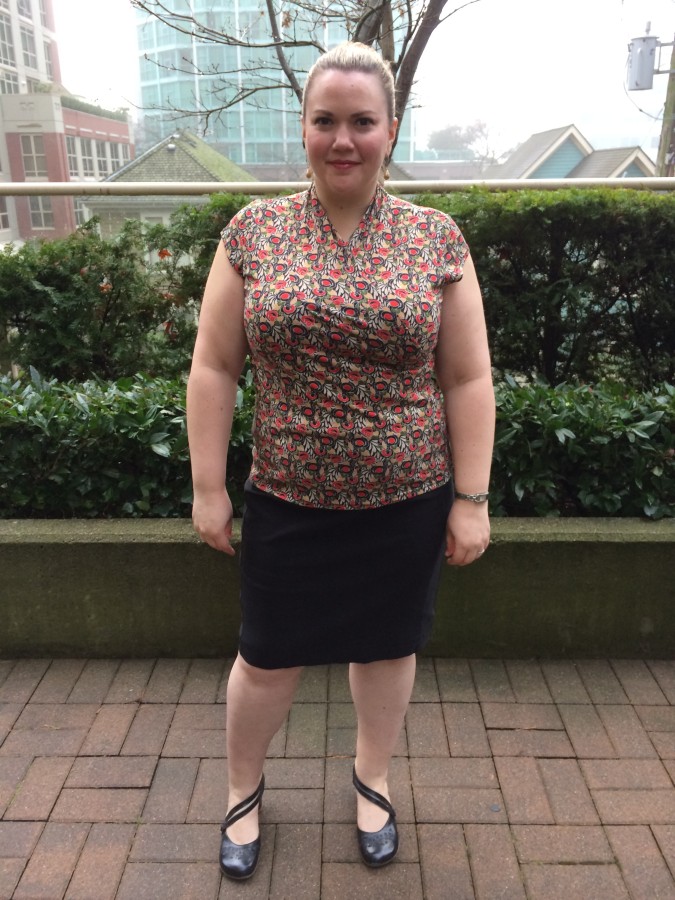 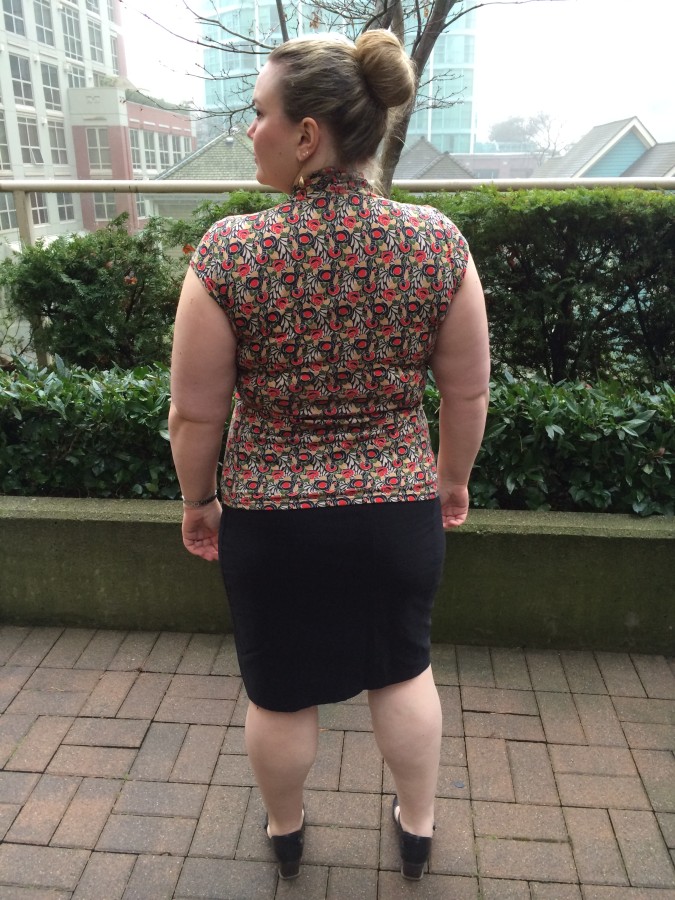 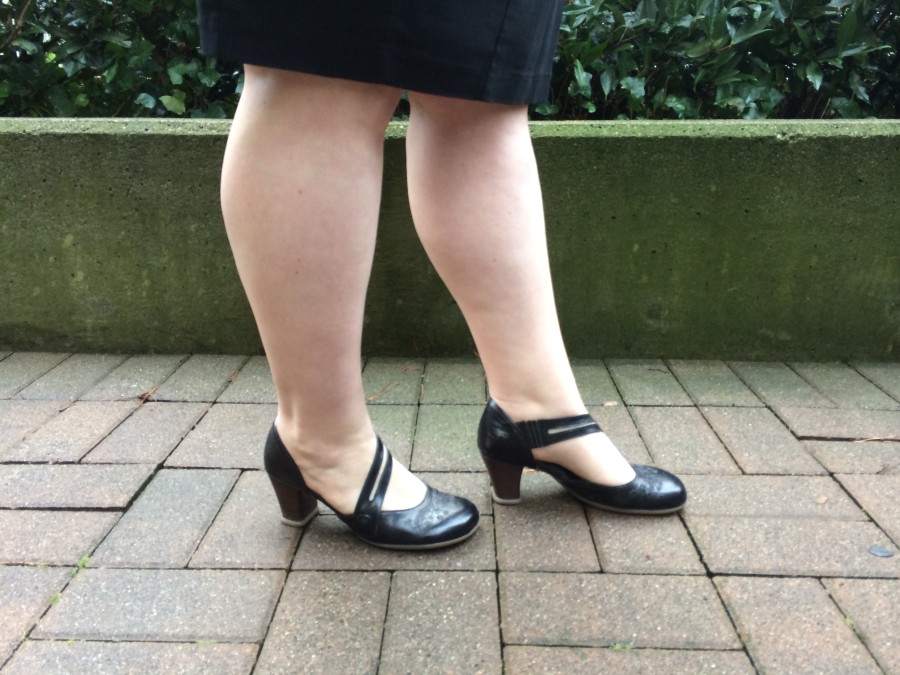 I’m very excited for today’s guest post! My friend Flash and I were talking body acceptance recently and he shared some super interesting thoughts on the body image of the “short, skinny man,” as he identifies.  I asked him to do a guest post and to write about his experience with body image, and he graciously agreed. Thanks so much Flash! (More pics below his written piece) 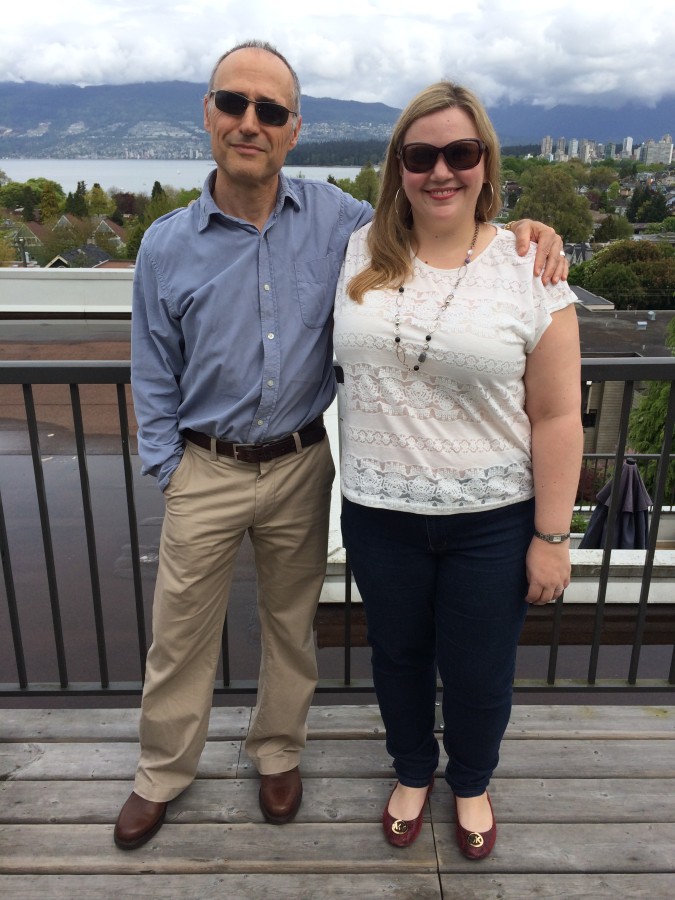 There’s a stigma to being a short, skinny man. It is, obviously, not as extreme as the prevalent destructive attitudes toward fat women. Small men aren’t blamed for their size and made to feel guilty, and men’s appearance is, generally, far less socially important than women’s. It’s undeniable, however, that the small man faces a prejudice: he’s less of a man.

Predictably, I felt this stigma most sharply when I was an adolescent, when I was least secure, and when my peers, male and female, tended to have the most simplistic (ie: stupid) ideas about masculinity. Even at that vulnerable time, however, the consequences for me were muted. I was privileged in many other ways and had many other resources to draw upon in forming a confident identity, so being the smallest boy in the class, year after year, never mattered much.

One of the most important of those other resources was having a very socially successful older sister (not successful in the sense of being superficially cool, but, rather, having real friends and being respected and genuinely liked). She consistently affirmed for me my value as a person and as a man (well, man-to-be). One of the ways she did this was buying a cool article of clothing for me once in a while. A groovy shirt chosen by my even groovier sister communicated a clear message: I deserve to feel good about the way I look. Yet another message, which she communicated in subtle ways all the time, is that I’m more than my appearance, and that masculinity is connected to multifaceted other qualities, such as intelligence, humour, and generosity.

The most disturbing and dangerous feature of our ideas about masculinity, one that ramifies in difficult ways for small men, involves violence. Popular and high culture both tell us that a man must be capable of violence. I’ll cite just one example, from the charming film Back to the Future. Young Marty McFly journeys to the past, where he meets his parents as teenagers. With Marty’s help, his father, George, finds the courage to face up to a bully, with violence. His violent act changes his life, as we see when Marty returns to the present to find his father dramatically altered, no longer a cowardly loser, but a confident, successful man. Attempting to solve the bully problem by punching him out is frequently, however, not the best course of action, and for the short skinny man, it’s usually simply unrealistic. If the small man is influenced by this retrograde notion of masculinity, then, he must find some way to compensate, or he needs to accept being less of a man.

The small man stigma that was never very important to me has faded into utter triviality as I’ve aged. People do tend to get smarter as they grow up, it seems. I still sometimes encounter men needing to assert themselves with violence in order to prove something to themselves. It’s very easy to walk away. 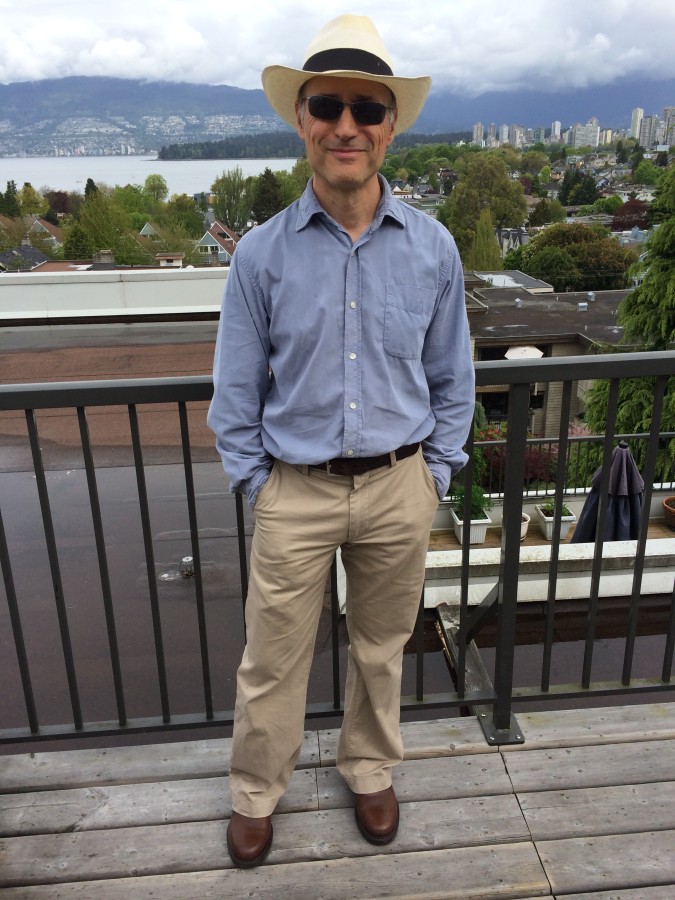 The hat: faux Panama, purchased at a small town market in France, made from cellulose rather than the traditional (and far superior) straw Panama made in Ecuador.
The sunglasses: top bar style, made in Italy.
The shirt: fine featherwale corduroy, 100% cotton, with lined cuffs and shoulder yoke, designed in France, made in Morocco.
The belt: unlined leather with square brass heel-roller buckle, made in Canada.
The pants: flat front 100% cotton chinos with slash pockets, made in Egypt.
The socks: wool-nylon blend German yarn, four-needle technique, with ribbed cuffs, boutique designed and made in Kamloops, BC.
The watch: vintage 1953 mechanical, original brass expanding band, made in the USA.
The shoes: single strap monks with brass buckle, made in Italy.
The model posing with me: stunning (made in Canada).
I haven’t mentioned the brands, and I don’t wear clothing with visible logos. That doesn’t amount to much in the way of resistance to corporate control, but it makes me feel better.
Cheers,
Flash 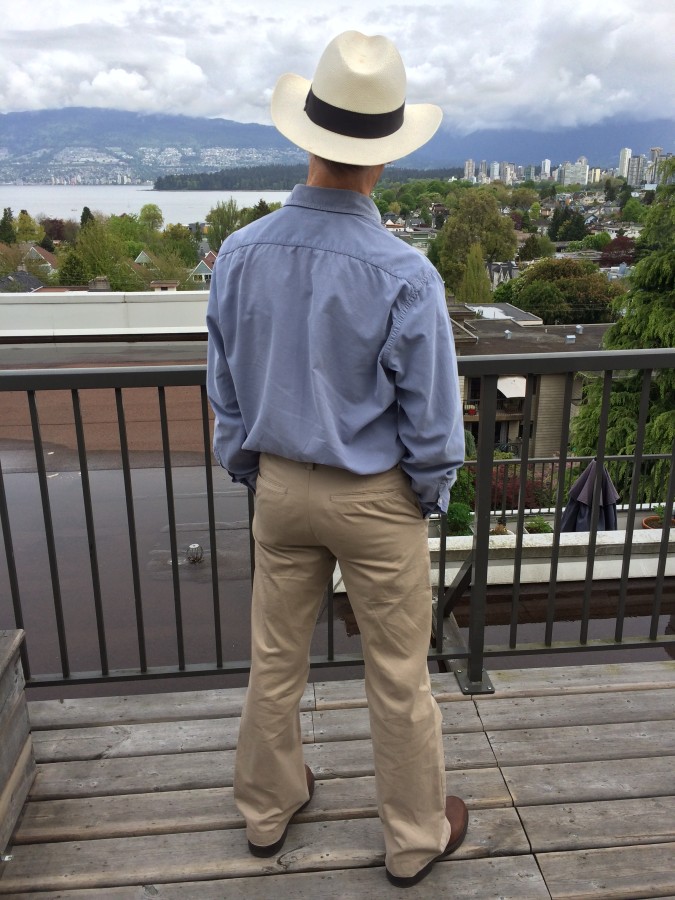 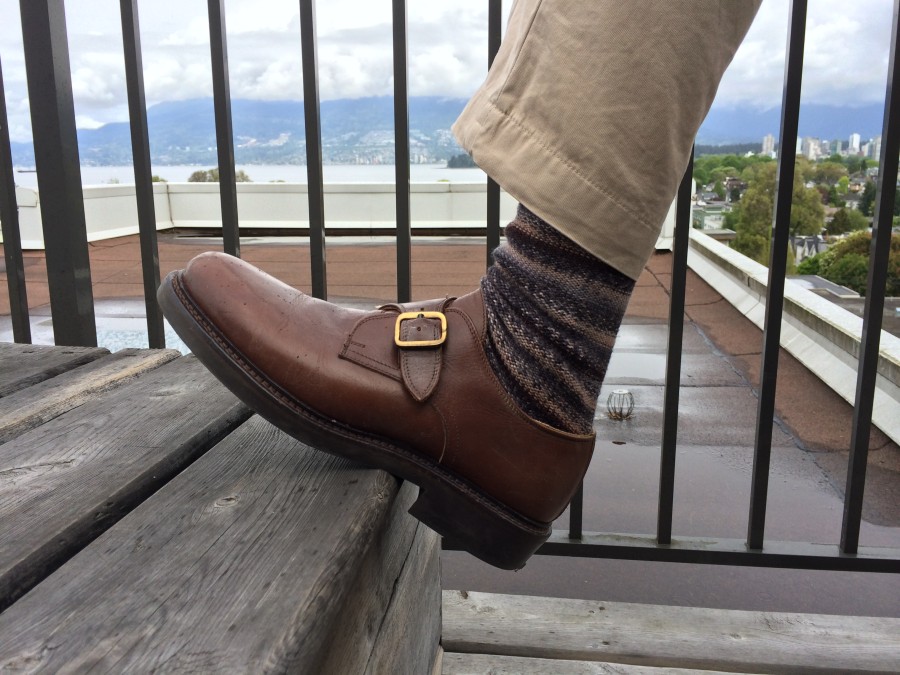 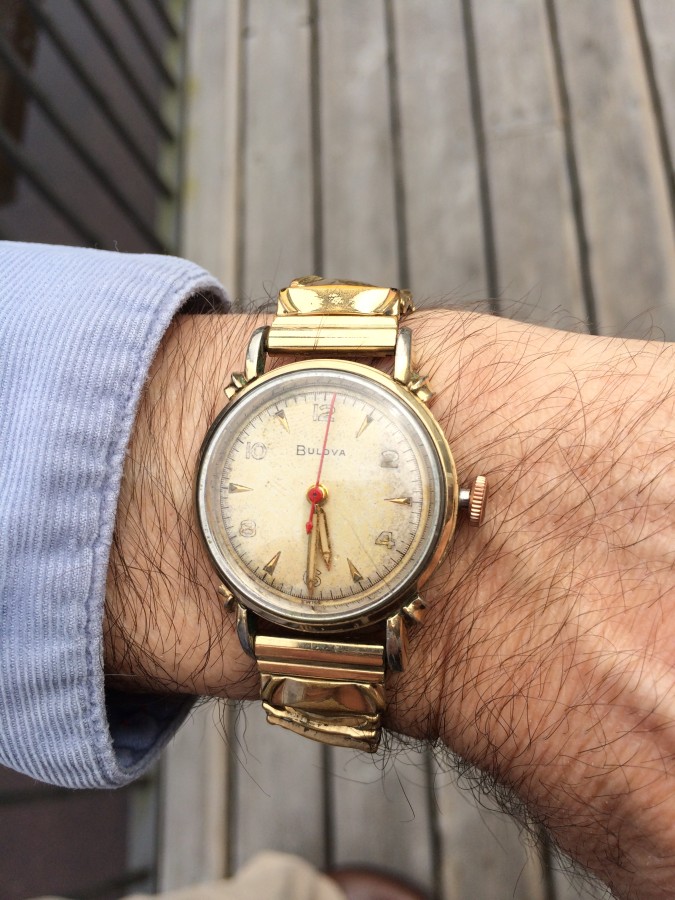 I usually dress up during the week for work with dresses and such, not because I have to, but because I love it. On the weekend however, I wear pretty much the same thing. Behold, the weekend uniform. 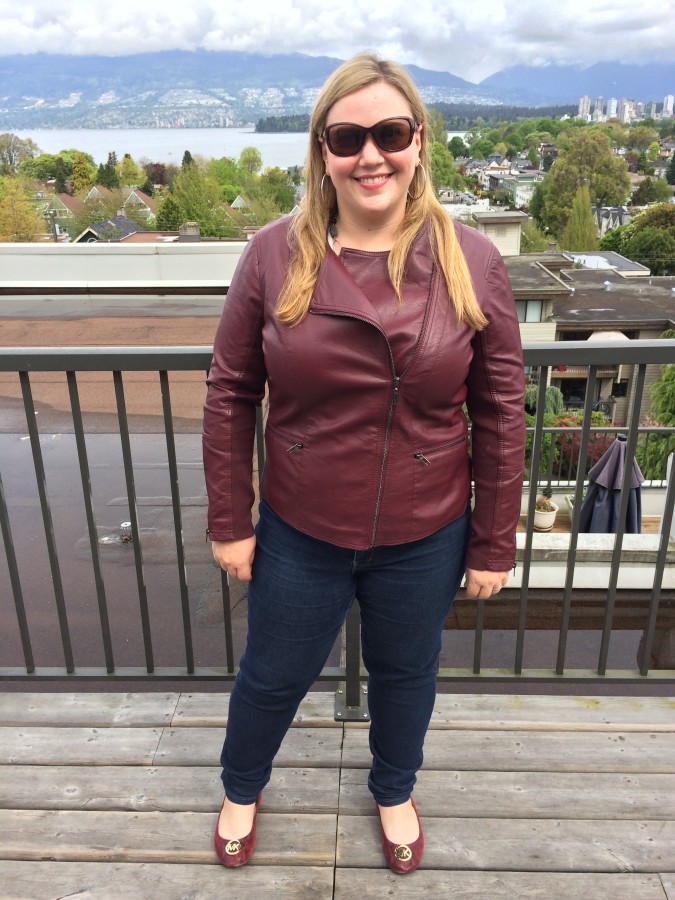 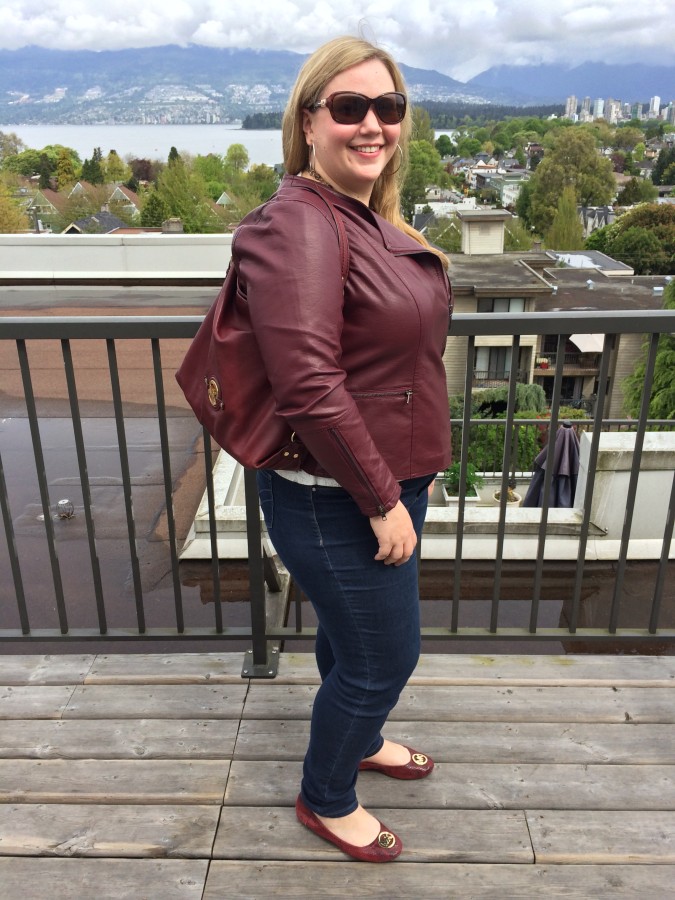 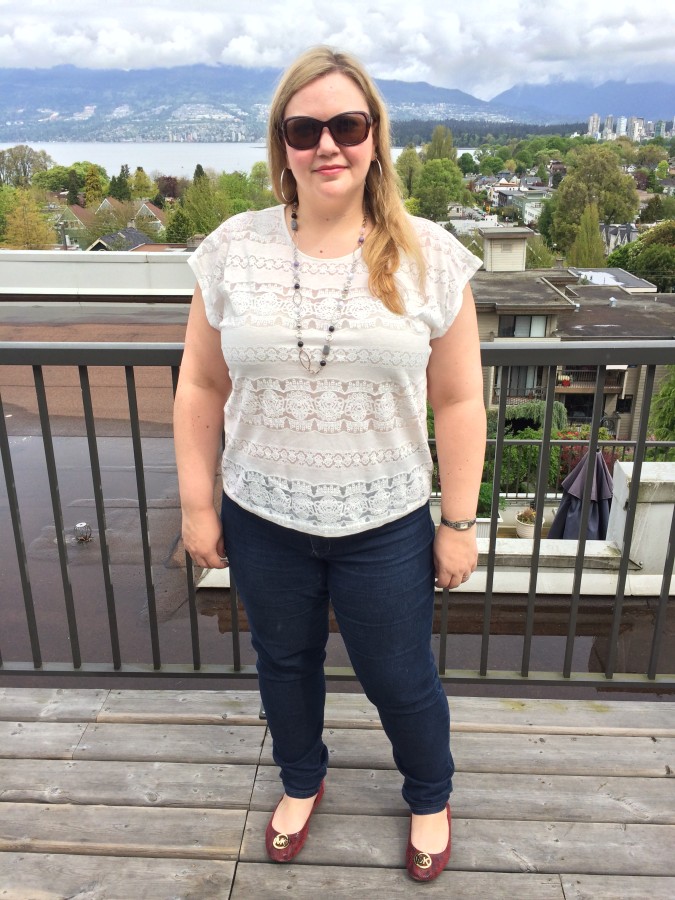 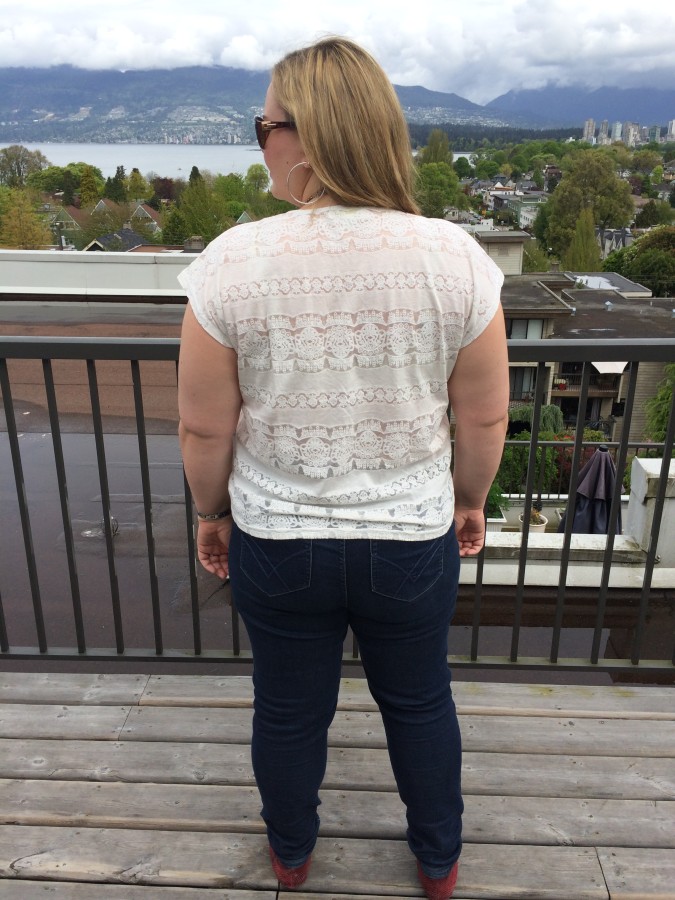 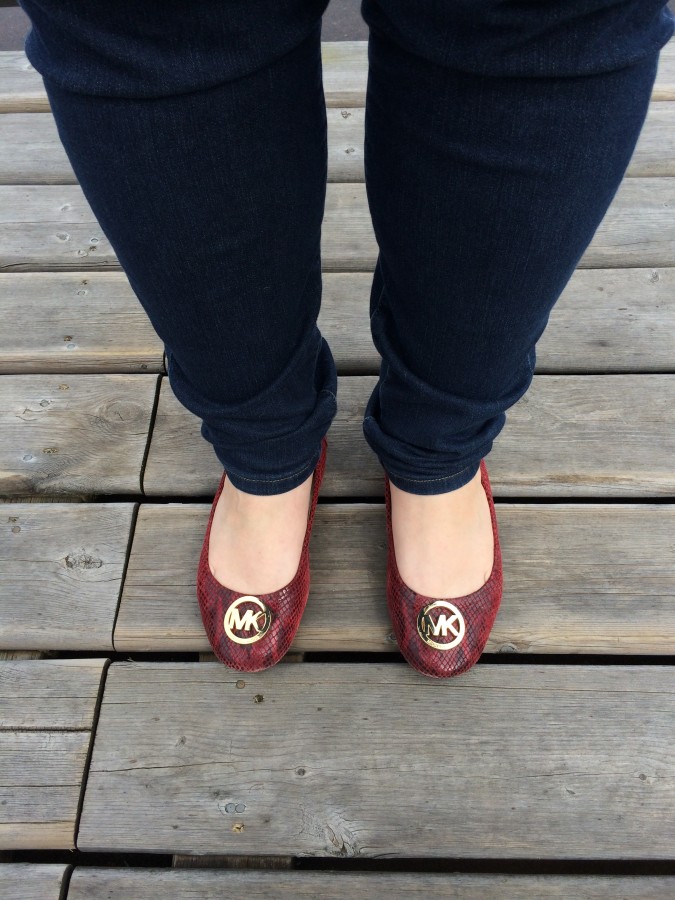